The New Philographers are an artist duo dedicated to the science of philometrics. In this new science, we (the New Philographers) connect a subject up to an array of biometric sensors and gather data as the subject reacts to an external stimulus. This data is then transformed into a 3-dimensional representation (a philograph) of the subject’s experience. 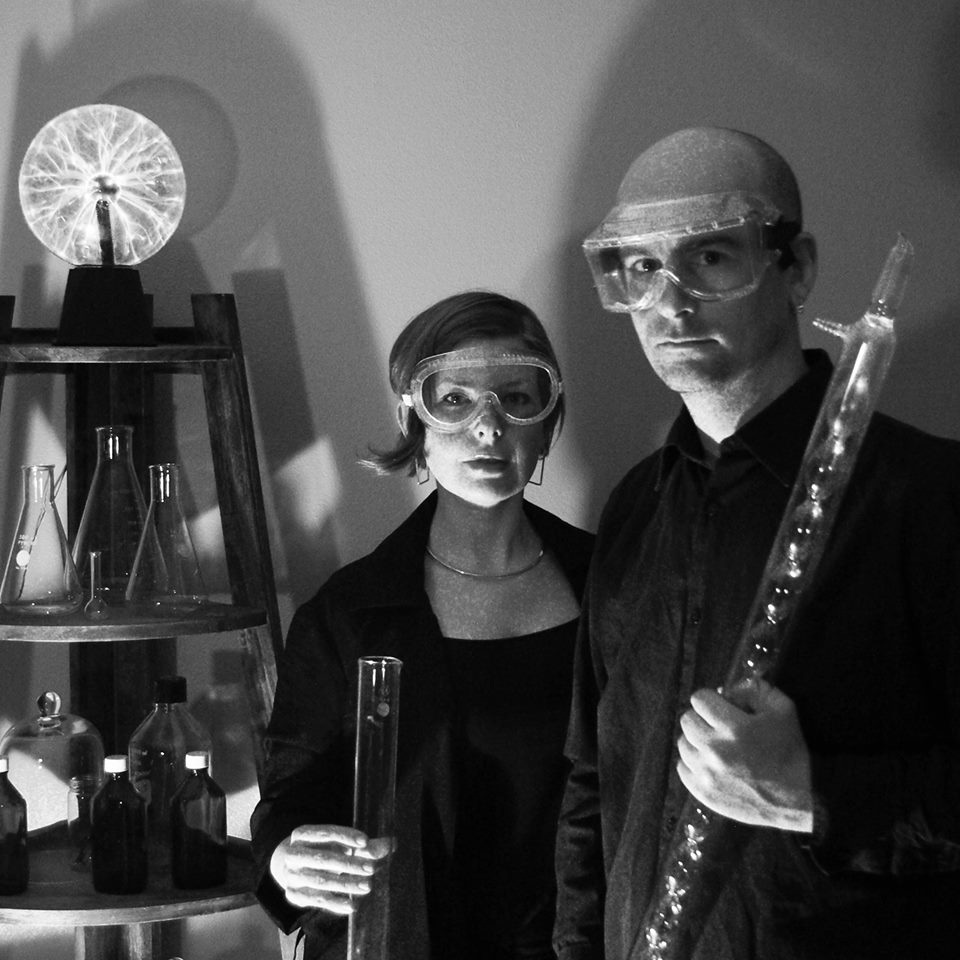 I created a device that we call the Philometer from the Greek root ‘philos’, to love and ‘metric’, to measure. It measures heart rate (BPM), brain activity (EEG), galvanic skin response (GSR), and body temperature. At it’s heart is an Arduino and it uploads the data to a computer. The data coming in to the computer is graphed in real time using Processing and simultaneously saved as a raw CSV file. We can then graph the data in 3D using a python script that imports the data in to Rhino. Katie created Illustrator templates that further format the data into the final art piece. 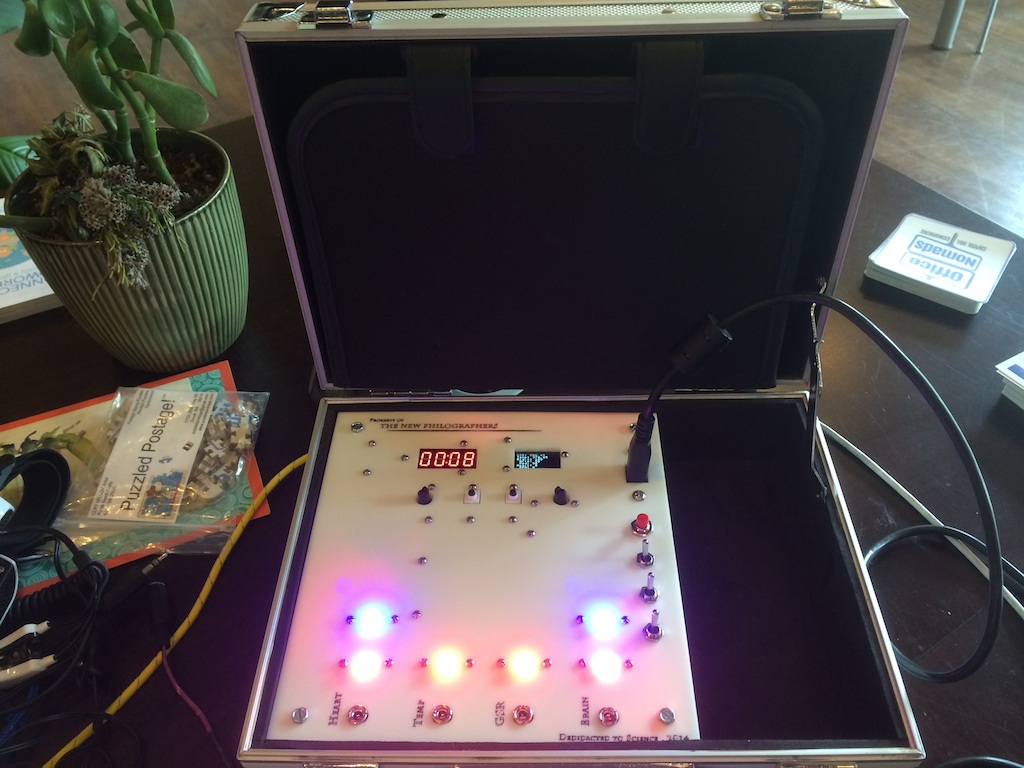 Chelsea broke her arm so of course we needed to wire up the cast with a laser! The little wire hanging off the side is for charging although it held it’s charge for the entire time she had the cast on. 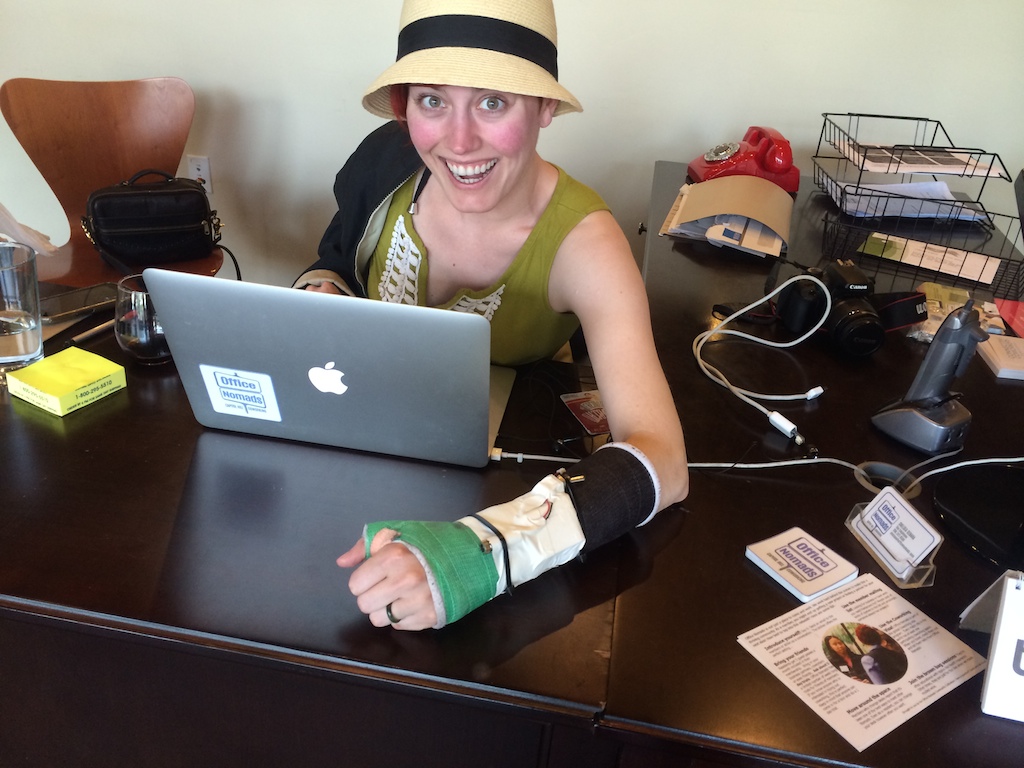 We were welcomed back to the 2014 Seattle Mini Maker Faire at the Experience Music Project. We used the Bird Box from the grocery strike, created custom graphics for the show, and had a prominent location in the lobby at the information booth. 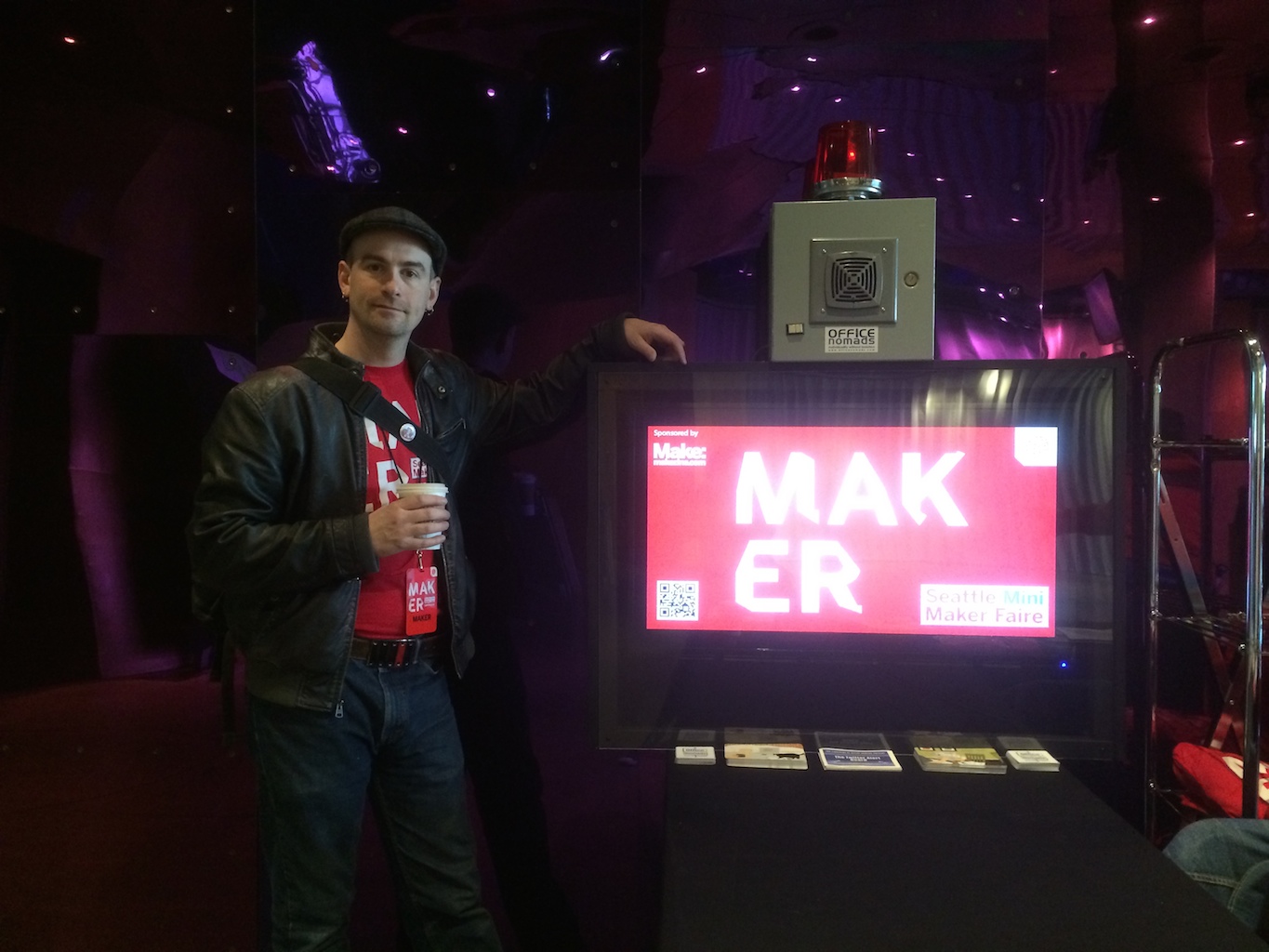 Katie and I entered the Mighty Tieton Chandelier Festival and we won! Our entry was a 24 inch tall light bulb, modeled in Rhino, and laser cut from dulcote. There is a motion sensor facing downwards that triggers the light when someone walks underneath. We call it Aha! A Bright Idea! 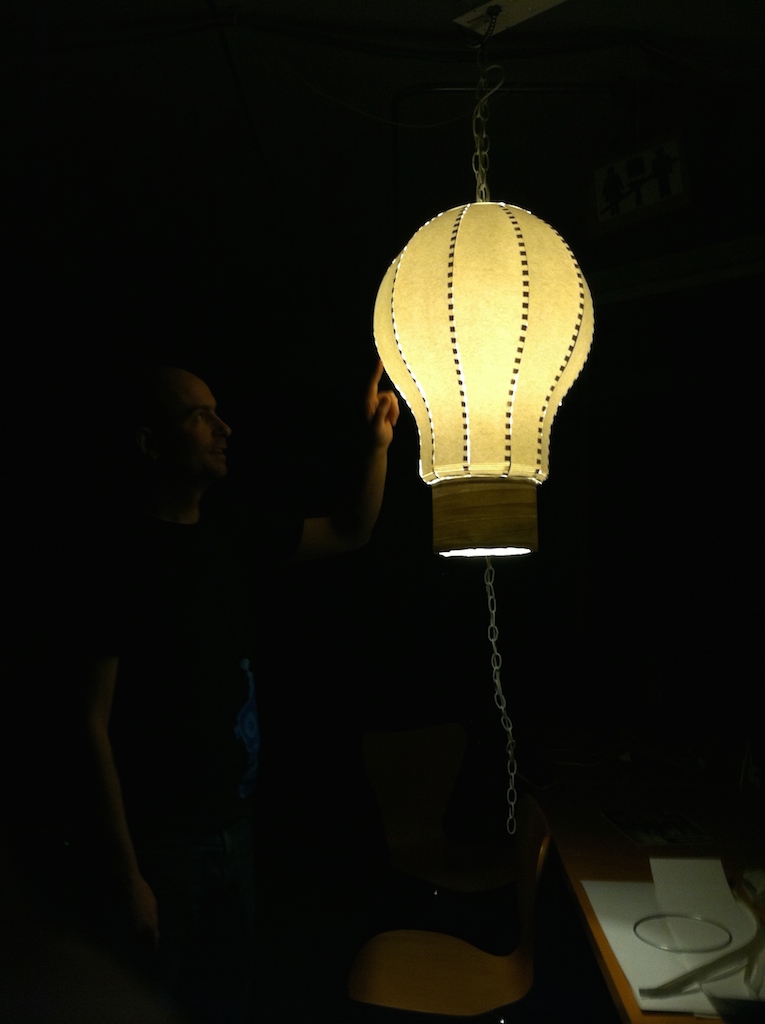 In the fall of 2013, grocery workers threatened a strike. It is required by law that they give 72 hours notice and they staged a 3-day count-down in Westlake Center. With 2 days notice, Andrew, Katie and I were able to put together a weather proof Bird Box, custom graphics, and a live webcam. The strike was averted as both sides negotiated a deal while they continuously watched the live images from our camera and the twitter stream we promoted. 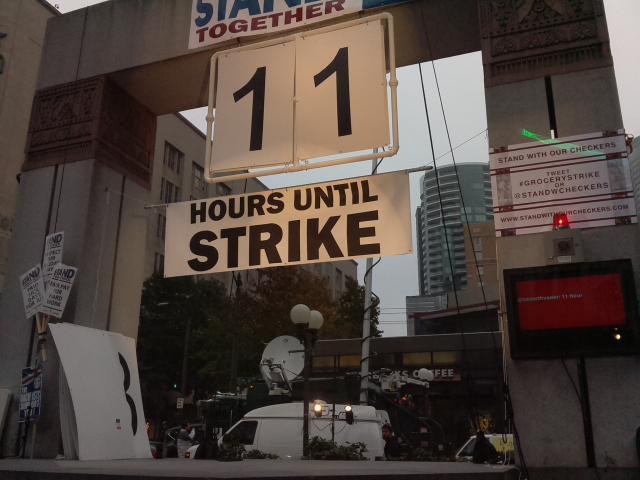