The first Bird Box we created used an Arduino that simply polled Twitter for a given string and activated a light if it was found. When Twitter updated their API to require OAuth authentication the Arduino was no longer feasible but by that time the Raspberry Pi had been released.

Note I call it a “Twitter Box” in this video. When we built more of these we switched to a name we could use without copyright problems. 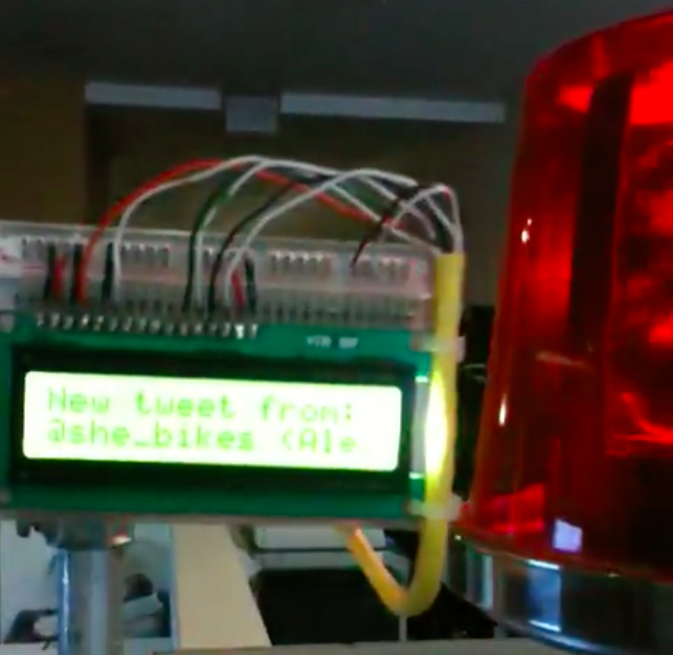